Biomass boilers have a substantial capital outlay and the installation process is an intensive affair requiring substantial changes in pipework layouts, valves ,etc to provide an effective install. 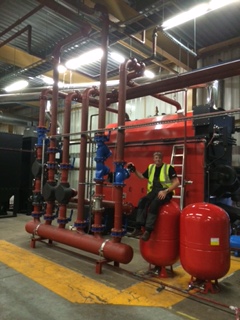 Because biomass burners use solid fuel, they cannot just be turned off like a gas or oil boiler when the buffer tank has reached temperature. To prevent over-heating these boilers have complex safety systems that require many senstitive sensors in a number of positions – within the boiler itself and on the flow and return pipework into the boiler.

If these sensors become blocked or occluded in any way, the system will detect and fault and, if not rectified quickly, that fault will trigger a shutdown of the boiler. Obviously, that’s not a good idea and therefore a power flush of the system before the boiler is commissioned is a very good idea indeed.

Heating And Hot Water Production With A Biomass Boiler 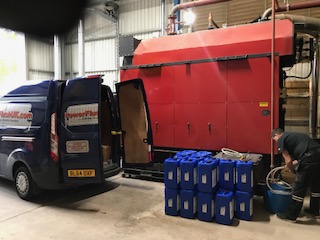 Biomass boilers burn organic fuels in order to generate heat, and despite the carbon emissions which are produced when burning these fuels, they are still considered to be a sustainable source of energy as the carbon that is emitted from the fuel was originally absorbed when the biomass was growing, and as this took place quite recently when compared to fossil fuels, it is said to be a net carbon neutral process. Even when transport and cultivation are taken into account, the levels of carbon emissions produced by biomass boilers are lower than those produced by the burning of fossil fuels and this makes them an ideal way of creating low carbon energy. 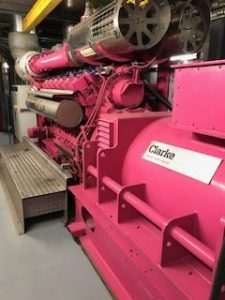 When commercial premises choose biomass fuel as their source of energy they can enjoy a lower cost of fuel per kWh. Biomass fuels also have less price volatility and therefore business owners can have more certainty of their fuel prices in the years to come, allowing for easier budgeting in the future. Companies that have been affected by recent legislation regarding climate change i.e. the Emissions Trading Scheme and the Carbon Reduction Commitment, also find that using a biomass boiler is the best way of meeting their obligations. As an added bonus, a biomass heating system can also improve a building’s energy performance which is essential if the company needs to improve their Energy Performance Certificate. As biomass fuels come from a range of diverse sources and reduces the waste that goes into landfill, choosing a biomass boiler for a commercial premises also helps to improve the local ecosystem and economy. 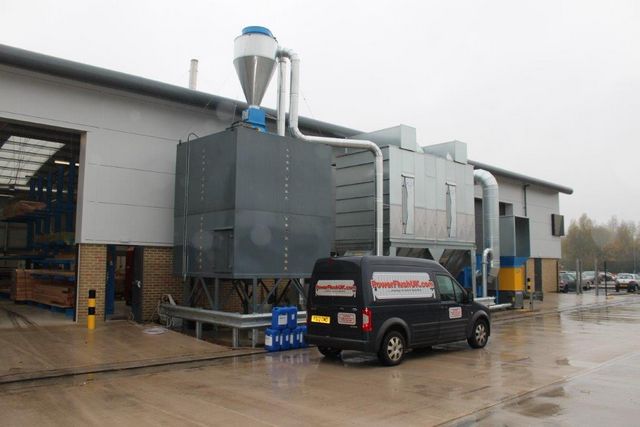 How Does A Biomass Boiler Work?

The majority of biomass boilers used in modern commercial buildings are fed automatically in the same way as an LPG or oil boiler and therefore business owners notice no differences when it comes to fuel handling with no need to handle fuel manually. A delivery truck feeds wood pellets automatically into a fuel store with a gravity fed or blown system via an access hatch or retractable roof. Once inside the fuel store, the wood chips are stirred with an agitator and they are then dropped into an augur which smoothly moves the fuel into the boiler. If wood pellets are used instead, the fuel store is built at an angle which allows the free flowing pellets to be fed automatically into the boiler. 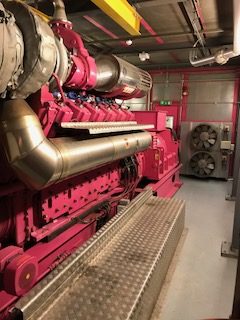 The boiler then uses a process called gasification i.e. the burning of the fuel at a temperature of 600 degrees Celcius in order to produce gases which are then re-burned, generating temperatures that reach 1,200 degrees Celcius. Thermal stores, or buffer tanks, store hot water and this is distributed throughout the central heating system, meaning that the job of the biomass boiler is to boost tank temperatures instead of starting from cold every time heat is needed, and this means that the heating system is a lot more efficient. The majority of modern biomass boilers generate around 1% of ash to the volume of biomass fuel used and this means that emptying of the ash bins is only necessary every six to eight weeks. The ash that results from burning these wood products is also an excellent fertiliser.

Why Use A Commercial Biomass Boiler?

When a company uses biomass fuels to heat their premises, their CO2 emissions are not only reduced, meaning a more eco-friendly business, but fuel costs are also reduced. Also, if accredited to the RHI scheme introduced by the government, it is possible to receive payments based on the amount of heat produced and used. Depending on the type of biomass fuel chosen, it is possible to save up to 80% on the cost of more traditional heating systems. 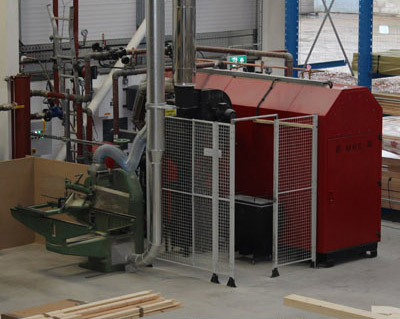 Maintenance Of A Biomass Boiler And Its Heating System

A biomass boiler requires only minimal maintenance to keep it in good working order, only needing ash removal around once every couple of months. However the heating system that it is connected to will also require some attention to ensure that it functions to the best of its ability. Sometimes companies find that their heating system is not functioning as well as it could and in these circumstances, a commercial power flush is necessary to improve the efficiency of the system.

What Is Power Flushing? 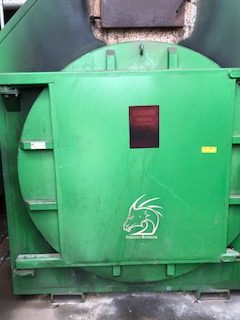 An oldie, but a goodie.

Power flushing is a powerful cleaning process that is carried out to remove deposits in the heating system such as rust, sludge and other debris. When these contaminants are allowed to remain in the system, its efficiency can be seriously affected with the result that the commercial premises never becomes fully warm and the business’ energy bills rise. Over time, radiators and pipes become lined with unwanted contaminants like rust and dirt that are found inside the water. This can eventually block the system and cause corrosion which may lead to a breakdown. Power flushing the system can rectify the problem before a boiler replacement becomes necessary.

How Do I Know If My System Needs Power Flushing?

In many business premises, corrosion inside the heating system will take place over many years. This can lead to higher heating bills for the company because of the inefficiency of the heating system and its poor function. If there are cold spots at the bottom and top of radiators in the premises, or if radiators take a long time to heat up, a power flush is probably necessary to return the system to a high level of operation.

Power flushing the heating system connected to a biomass boiler will produce numerous benefits for a business including: